This silver returned soldiers association badge was for Randolph Adderley (service number 15322) a dairy farmer in New Zealand who was conscripted in 1916  for the war in Europe with the New Zealand expeditionary force. He was discharged in the spring of 1919 . He was awarded the British war medal and victory medal. His father was Lord Norton from Hams Hall near Birmingham. (The reason this badge found its way back to the UK?). Records courtesy of Archives New Zealand, created by the New Zealand defence force.

The ring above the pin suggests it could have been used with a chain? In need of a clean, otherwise good. A good original badge of the type used up until mid WWII when the name changed to Returned servicemen's association. The association has supported many returning soldiers and their families. 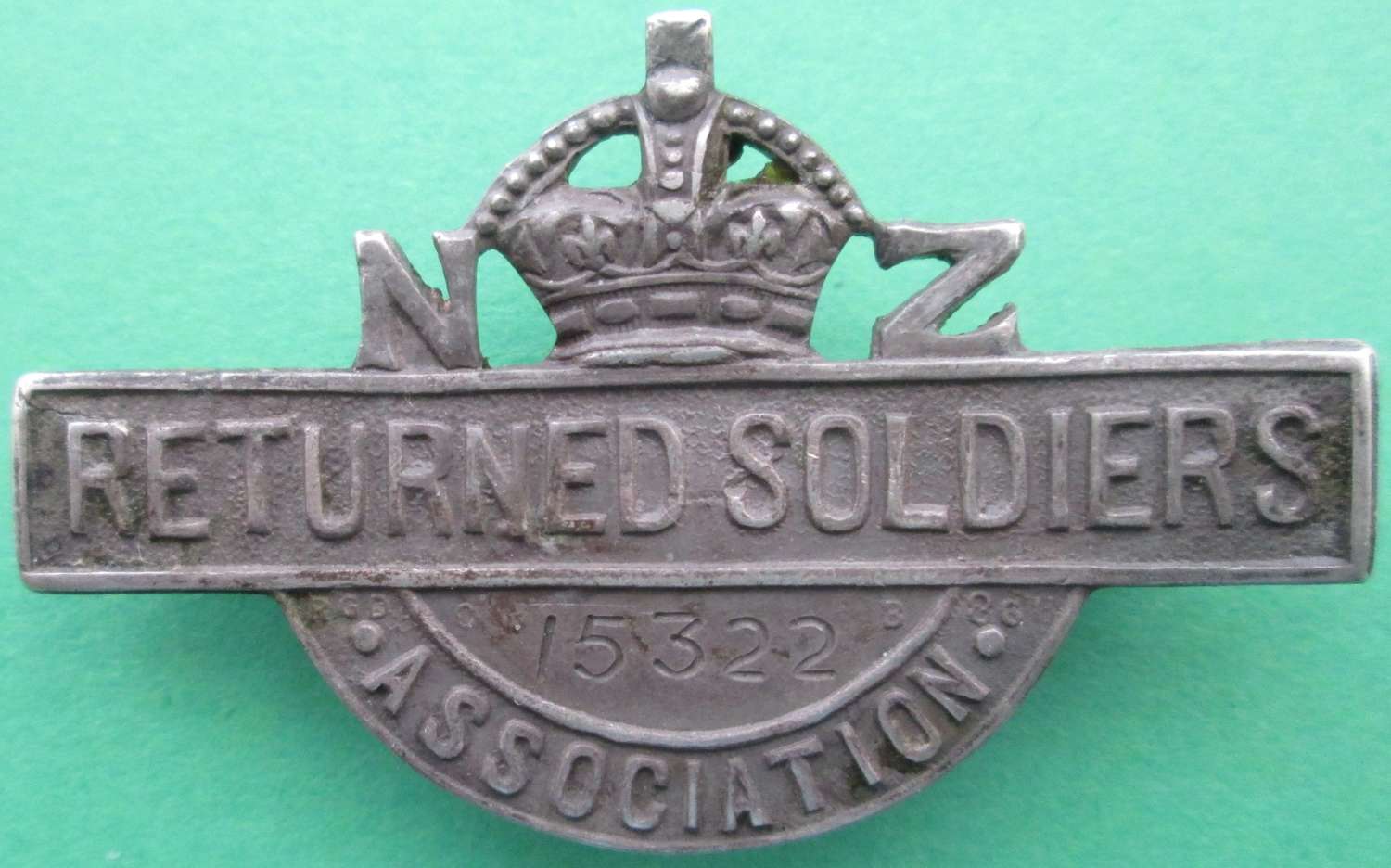 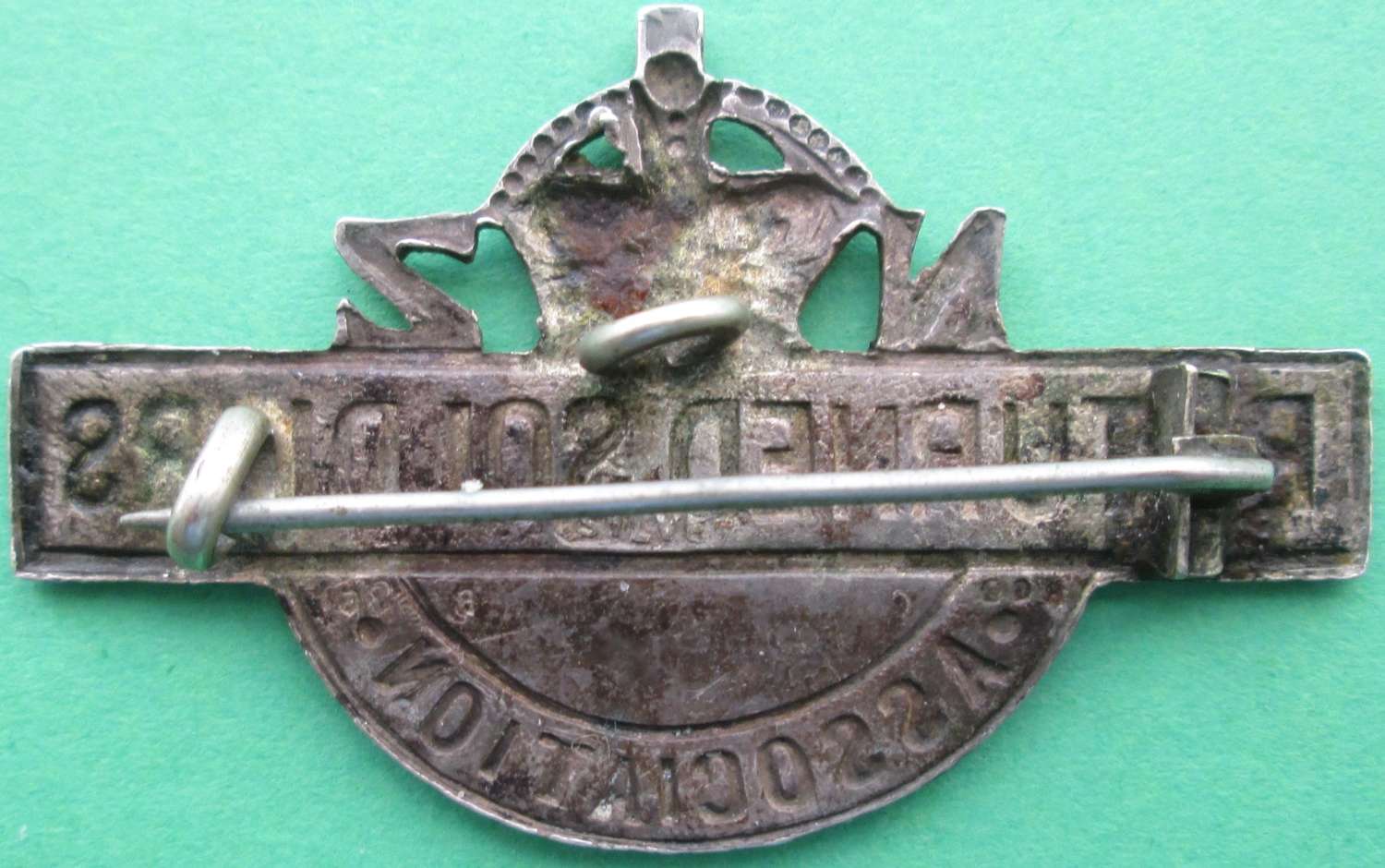